Atlanta park gets a facelift

Woodruff Park is a public space where the four points of Atlanta converge. The park has seen its fair share of history. Coca Cola was first sold at its south west corner and it connects to Auburn Ave, a key area associated with the Civil Rights Movement. Currently the park sees students from nearby Georgia State University as well as city workers, tourists and the city’s homeless sharing the space.

The logo was designed as a response to the rich variety of people who use that park, to promote it as a space for all, where everybody is welcome. The logo’s ‘smile’ was developed from key elements of the park: the gazebo, water fountain and the memorial water wall. 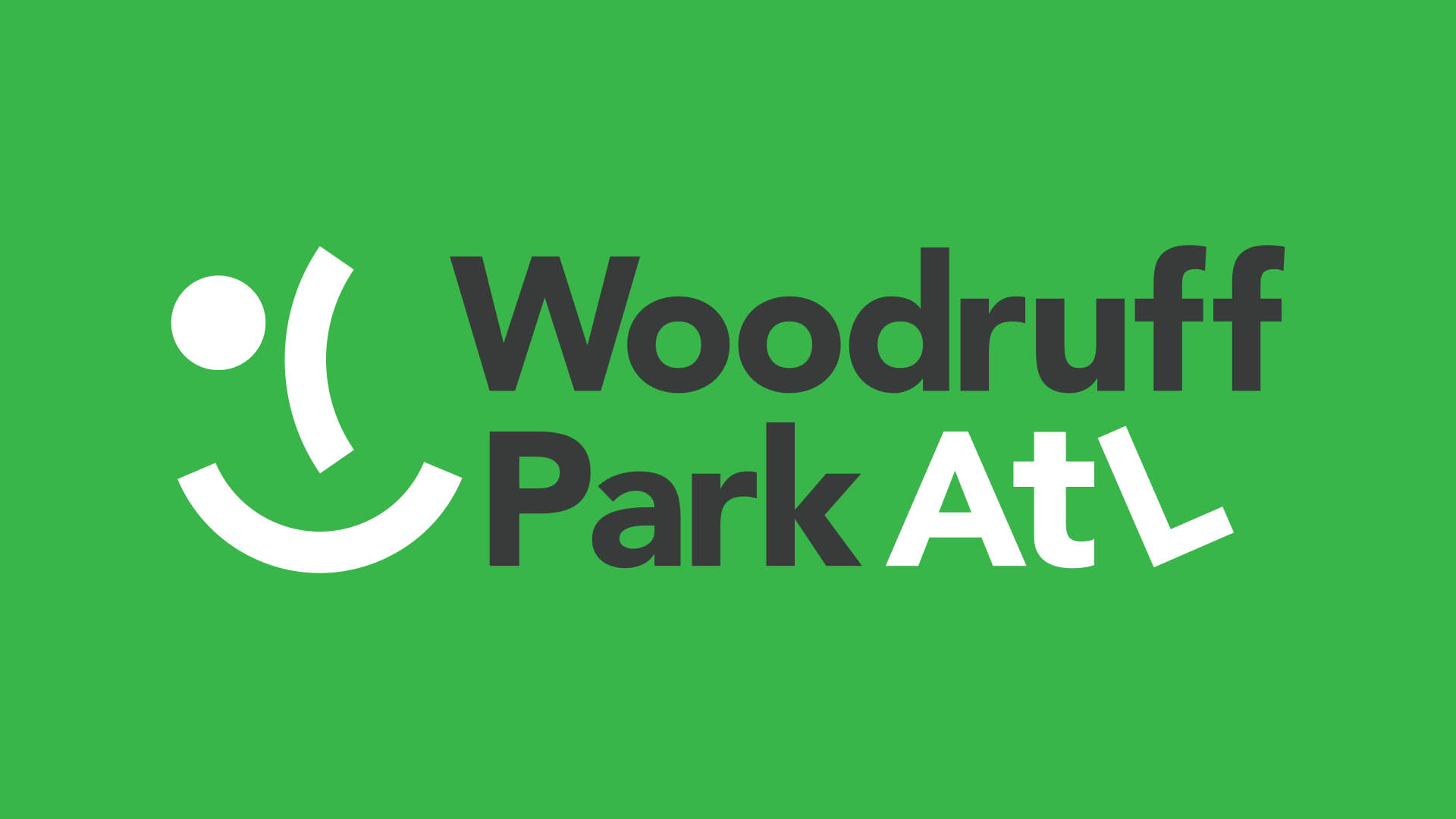 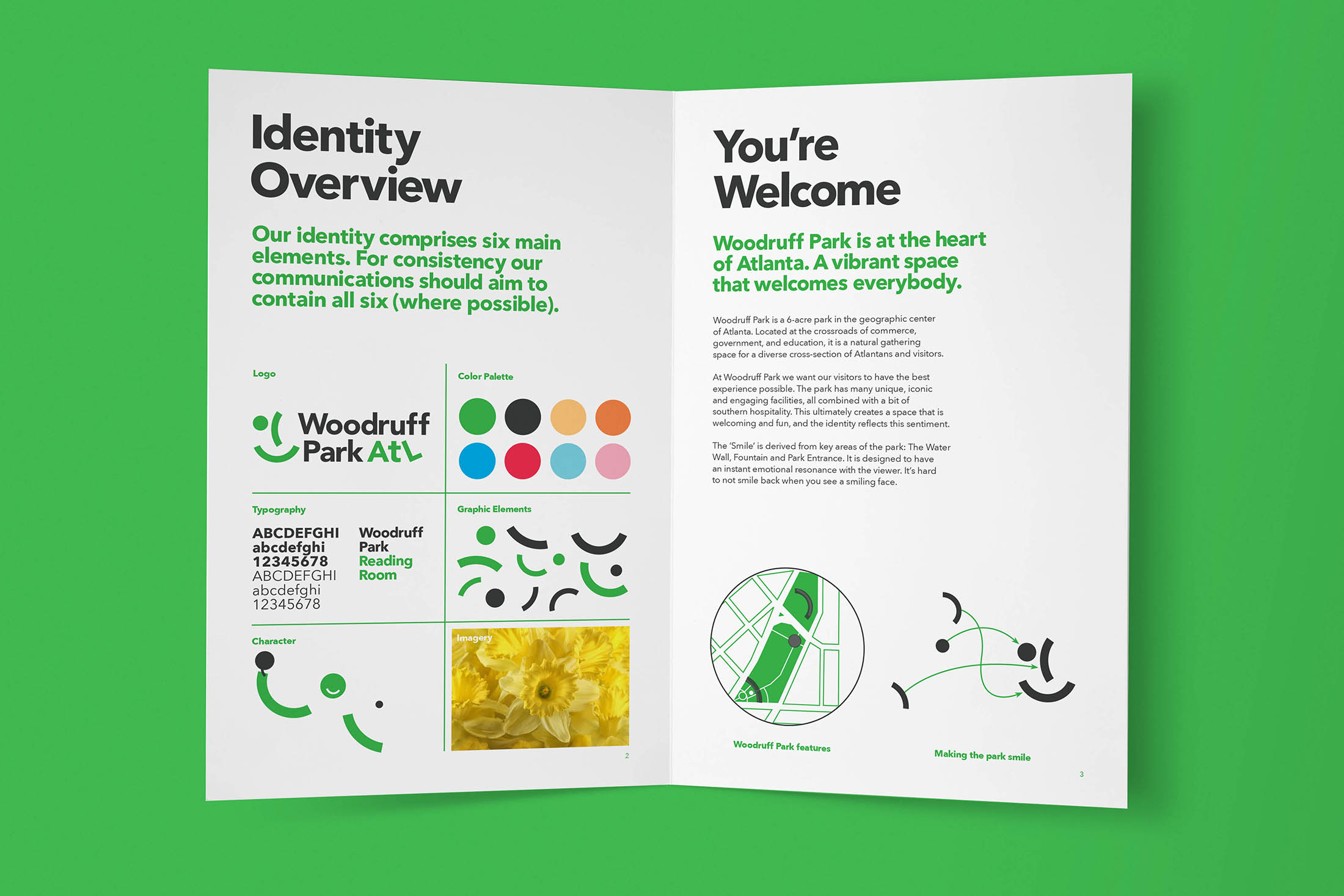 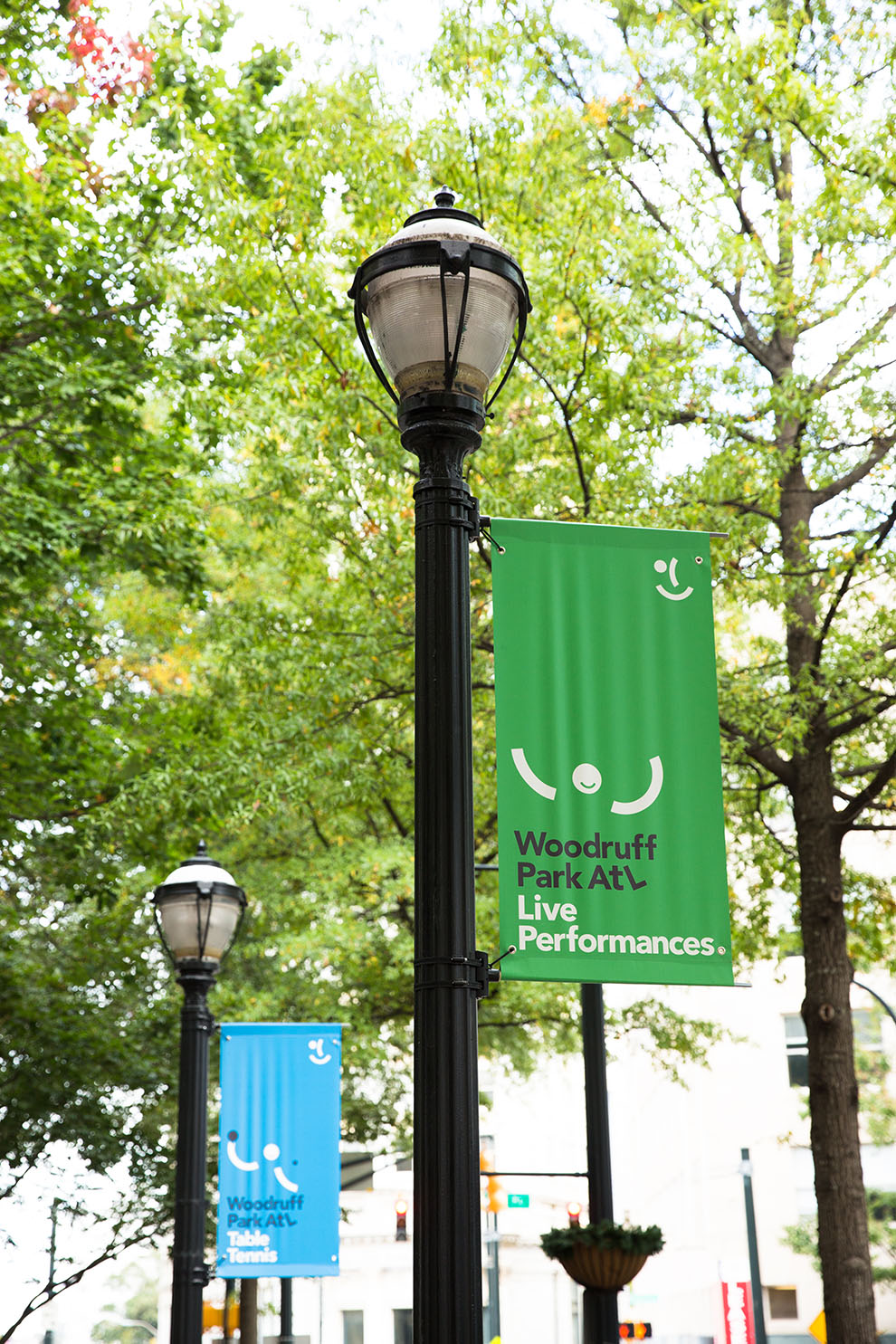 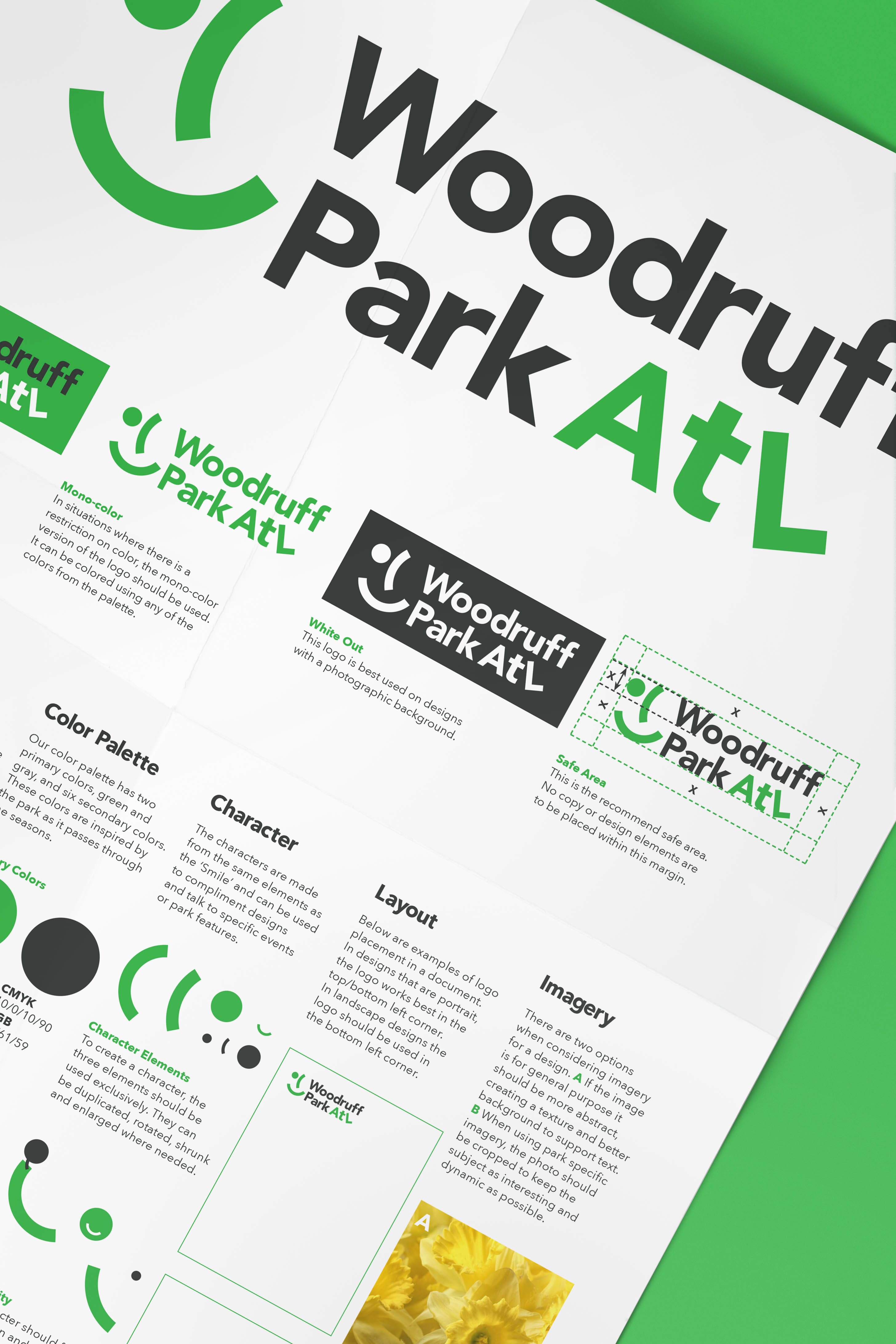 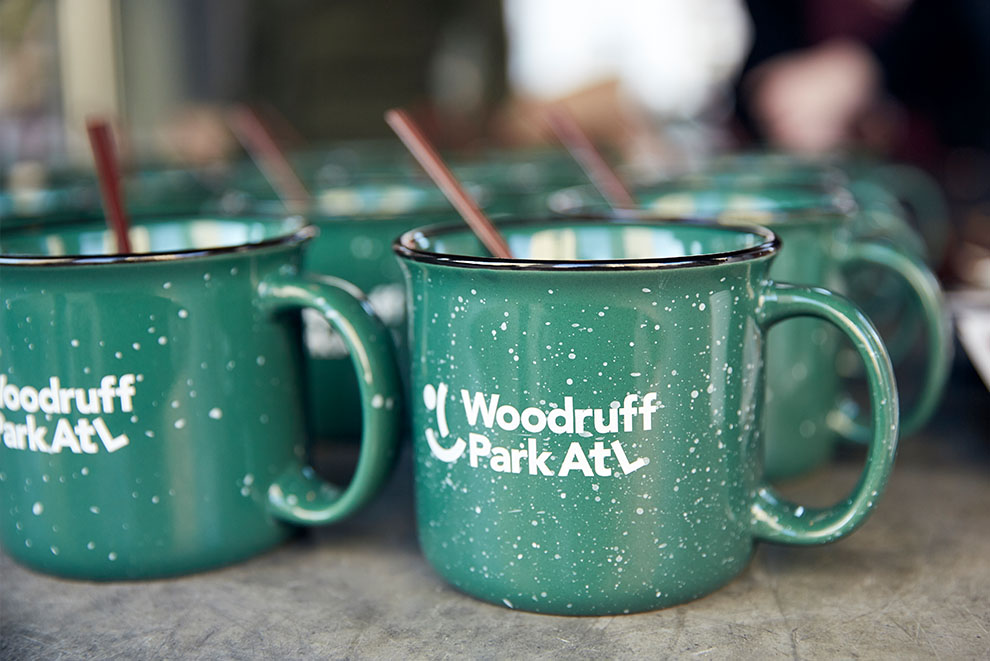 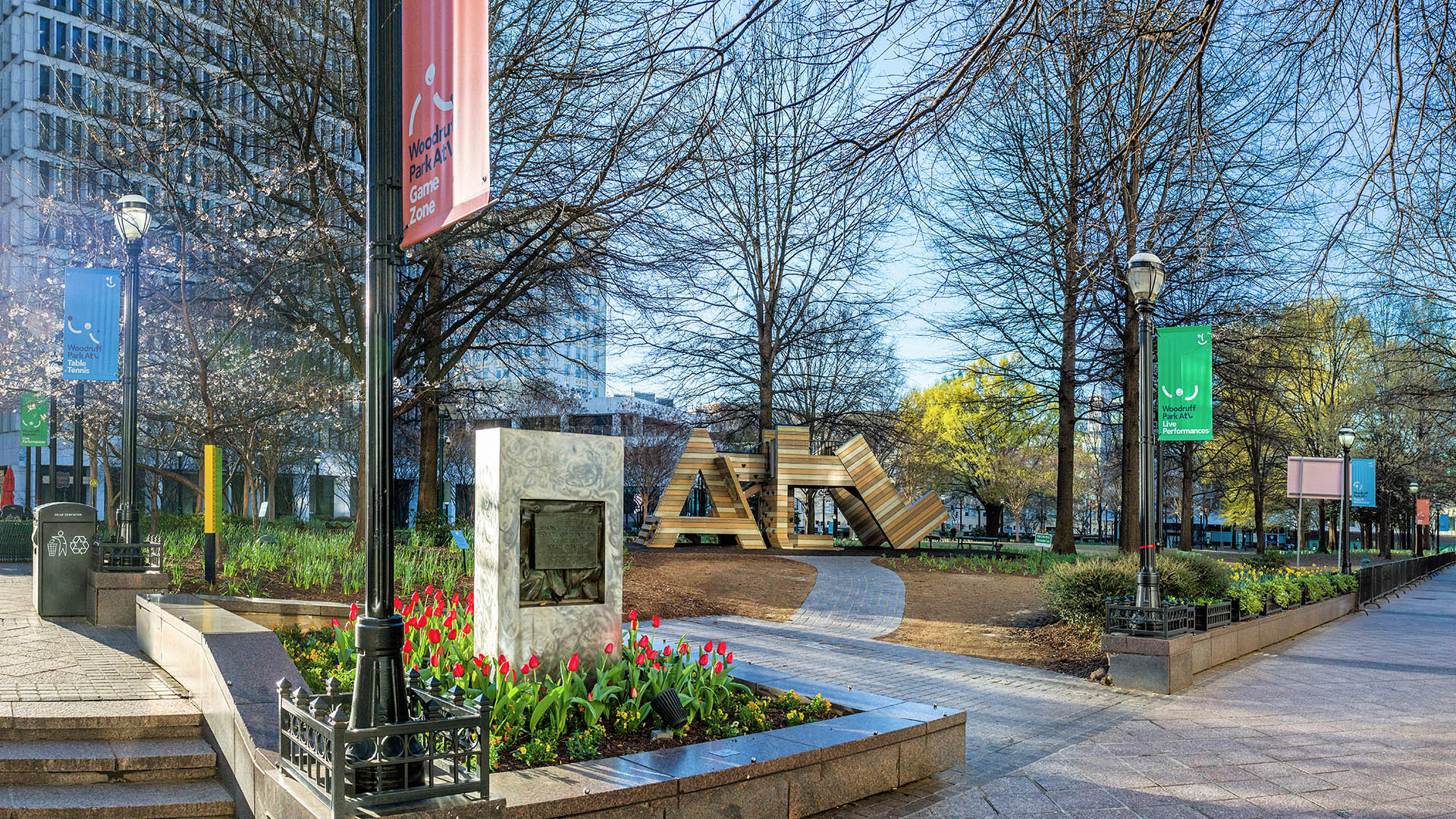